Third of a three-part series

I just got a great idea. I’m writing the second installment of my Nostalgia City mystery series and in the middle of one chapter, my flow of words slowed to a trickle.  An idea occurred to me for an exciting, conflict-packed chapter later in the book, so I stopped what I was doing and wrote the chapter I’d just thought of.

This is good example of one way to avoid ever being at a loss for words: write what you’re most excited about first. That was one of the suggestions I covered last time in this three-part series on the make-believe scourge, writers block.

Here are my final three techniques to lubricate your creativity.

Trying too hard to be clever can make your writing job difficult. Figures of speech are nice, but if getting fancy slows you down too much, stick to the facts. Spelling out the facts in simple language is easier than trying to paraphrase Shakespeare or create a spoonerism for your special occasion.

Writing a concise summary as you will find in the beginning paragraph of a newspaper news story gives you a good starting point no matter what you have to say. It may be less striking than a dramatically phrased, metaphor-laced soliloquy, but it will take hours less time to write, too. 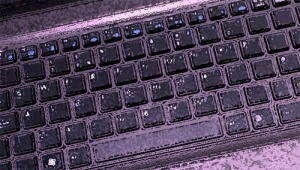 7. Review your purposes and goals

Why are you writing? If your purpose is not clear to you, writing will be more difficult. Sometimes you write only to inform. If that’s the case, stick to the facts and focus on writing a tight summary of what you have to say. In many cases, however, there’s a purpose beyond the informational aspect of your words.

Phil, a freelance writer, was having trouble with a series of articles he was writing for a corporate client. He didn’t have writer’s block, but he was constantly searching for the right words. It finally occurred to him he didn’t really know why he was writing the articles. They were features for a company publication, but he didn’t know the purpose of the stories beyond just informing. After he talked with the client and found out the articles would be used to promote the use of new services, he had his purpose. He knew why he was writing, so he didn’t falter.

If you are asked to write something, find out what the purpose or goal is. Writing for a specific purpose will give you the drive you need to finish without hesitation.

Writers block doesn’t exist. Should doubt or a string of interruptions ever put you at a loss for words, keep writing. Don’t worry about finding precise words; it’s that worry that throws a wrench into your creativity. Keep writing. If necessary, forget proper English and just put down your thoughts as they occur to you, in whatever order. Once you relax and concentrate on communicating ideas, rather than on finding perfect phrases, the words will flow. The key is to relax and overcome your inhibitions about writing.

“I’m just not creative” is the reason some people give for their occasional uncertainty with words. It’s a handy excuse, but for the most part, it’s not true. There are many degrees and types of creativity. If you can put a subject, verb, and object together to form a sentence, then you’re creative. Anyone who has been in business for a few years has written a variety of memos, emails, letters, reports—and even texts–under various conditions, usually without benefit of an editor, proofreader or critic. If starting with a blank computer screen and writing something that makes sense isn’t creativity, what is?

Feeling uncreative or letting yourself be stumped by a missing word are not good reasons to stop writing. Eventually though, you must quit for the day and turn off the computer. Exactly how and when to stop writing can affect your flow of words, and there’s a difference of opinion among professionals as to which is the best method. If you’re writing a book, lengthy article or a detailed business report, you have two choices. You can keep writing while the words are flowing smoothly, stopping only because of exhaustion.

Alternatively, you could quit when you reach a high point, a time when your ideas seem endless. Many professionals recommend this alternative. “Never quit when you are in the middle of a dry spell, because the dilemma will still be waiting for you at your next session,” advises Robert H. Adleman, newspaper writer and author of several books including The Devil’s Brigade. “In fact, the best time to stop,” he says, “is when you are going great guns because that feeling carries over. You won’t spend so much time getting down to it next day.”

This article series is excerpted from Write Like The Pros: Using the techniques of ad writers and journalists in business. Published by John Wiley & Sons, it’s copyrighted by Mark S. Bacon