I bolted upright, awakened by yet another dream. It featured the same alternate family in an alternate life, but a different scenario from dreams past.

The characters—husband, wife, and two kids who weren’t nearly as cute as mine—sat at a dinner table in a strange house that felt like home, eating General Tso’s chicken… and I liked it? Like I would ever eat that…or would I? And yet in my dream, which somehow hovered along my reality, it felt like I was watching my own family.

I rubbed the sleepy memory from my eyes. “Honey,” I said, tapping my slumbering wife next to me. “I had another dream.” 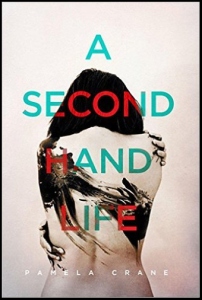 “It’s the same guy, the one who I think is supposed to be me but isn’t. But it feels so real…” My wife had heard it all before and showed just as much interest now as she did then as she buried deeper into her pillow.

For months, the dreams persisted until one day I brought it up to my doctor during one of my post-op visits. You see, I had undergone a double lung transplant after being diagnosed with cystic fibrosis, and shortly after, the dreams began. I didn’t know if it was worth mentioning, but the dreams, coupled with the changes in my food preferences, and the timing of it all, seemed too coincidental to ignore.

After a little research into my donor—a takeout-loving husband and father of two—my doctor confessed what he thought was an unusual but documented side effect to organ transplants: organ memory retention. Apparently my donor’s organs knew who they belonged to, and they didn’t want me to forget him … or how much he liked General Tso’s chicken.

The above is a real-life experience a friend of mine shared with me after he felt secure that he wasn’t going insane. It was me he was telling this to, after all—a fellow member of the crazy club, mostly onset by having lots of kids and being a closet psychological thriller writer. (Literally, that’s the only place I could find quiet enough to write—in my closet.) The concept of organ memory intrigued me so much that I decided to write a fiction tale about the phenomenon, using a murder victim’s organ memory to help catch the killer. END_OF_DOCUMENT_TOKEN_TO_BE_REPLACED